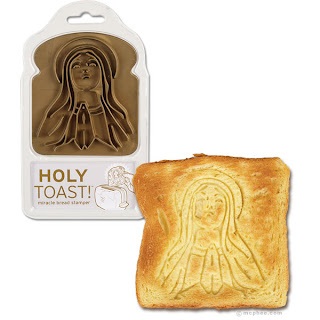 It was a beautiful November afternoon, not too cold and perfectly clear. The light was soft and lemon yellow – and the sun was low in the sky. It made the rhododendron glow outside the window. Peg had driven all the way over from Massachusetts, where she teaches at the state university, just so we could write together. And now here she was sitting in the kitchen staring at me, and blinking in surprise. “I think you're kidding me but I'm not sure. You're kidding me right, Claud?"

Her voice was up in that higher register, the one she occupies when she’s either delighted or dumbfounded or just confused.

Peg is my best and my oldest writing buddy, and she has read no fewer than 6,000 pages of this novel called Sister Mysteries (and more recently, Switch!!) both of which exist in a rather odd set of interconnected blogs, and also, in a huge pile of typed pages in a blue crate in the closet. I keep the crate under wraps -- covered by a azure blue satin shawl, the kind that my character Renata wears when she dances flamenco. On top of the shawl sits a black garbage bag full of rags. 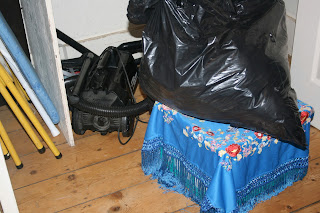 Peg was sitting at the kitchen table waiting for me to say something. I was busy at the stove making tea. “Yeah, you heard me right Peg. I am… I think I am... OK, I am really writing it this time.” I cringed as I spoke the last few words; I was holding my breath. I wasn’t sure what she would say next.

Peg has always loved the book, or at least she has always adored the part about the nun, Sister Renata. For years she kept saying, Claud, you just gotta finish it. But then she saw what it did to me over the years. She saw me slowly but surely write myself into a deep dark hole. She saw me write myself into a kind of writer’s grave -- or maybe it was a prison -- from which I wasn’t sure I would ever emerge.

When I was sick with lymphoma in 2002, she heard me say that I feared that the book had made me sick. "No," she would always say, quietly but firmly. "This book didn't make you sick, Claud. This book wants to heal you."

Yeah, well, maybe. But it sure didn't feel that way. Writing the book felt like pure torture.

Oddly enough, when I started writing it in 1995, I did it thinking I would give each of the chapters to my dear friend Nina, who at the time was in an agonizing round of chemotherapy treatment at Sloan Kettering for breast cancer. (She is great today, by the way!)

I told myself and others that I was writing the book to help to distract and comfort her when she went through chemotherapy. In one of the thousands of diary entries that I wrote about the story, I compared Sister Mysteries to Scheherezade, that famous Persian queen storyteller and the author of "One Thousand and One Nights;" by telling a different story to the Sultan, she was able to keep herself alive.

But when I landed in chemotherapy at Sloan Kettering in the summer of 2002, I realized how foolish and ridiculous all my notions had been. There wasn't a book on earth, with the exception of the Holy Bible, that comforted me. (Actually what brought me great great comfort was drawing, but that's another story!)

Now I poured us herbal tea and brought the steaming cups to the granite counter.

"But this is so so strange," Peg said. "Tell me how it happened? You haven't touched that book for..."

I took a seat on the round stool. "I haven't seen you for a while (Peg got married in August and she was pretty busy, for months beforehand, preparing for the big event.) I never told you Peg but I started again earlier this year. Writing it...as a blog. I called it Switch!! and I even paid a web designer to write some code so that the chapter titles would appear on the site."

"I know," I said, cringing. I had this very odd feeling, like I was confessing to some kind of a crime.

I was waiting for Peg to say it: “Claud, this is crazy.” When Peg says that word “crazy,” she always hangs onto the last syllable, making the last "zee" swing back and forth for about half a sentence. It's really funny actually.

But she didn’t say that. She didn’t say anything for a minute or two. She just smiled. Finally, she got up from the table and went to her canvas bag near the door.

"Now this is really really odd," Peg said, pulling something bright turquoise out of her bag. "This has got to be one of the strangest coincidences." She chuckled. In her hand was a small square gift wrapped in turquoise paper.

“Claud, I really think you should open your birthday present right right now,” Peg said, handing me the gift.

"But Peg, for heaven's sake, what are you doing bringing me a birthday present, my birthday isn't for a few weeks." She said nothing but watched me rip the tissue paper apart.

I gasped. My heart started racing and my hands went clammy as I held the tile in my hand. It was imprinted with an image of the Virgin Mary, specifically, the Virgen de Guadalupe. 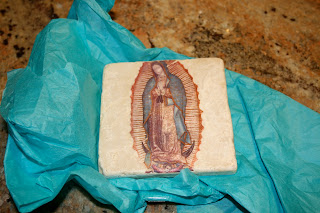 Over the last 15 years, Peg has bought me numerous images of the Virgin Mary. I happen to believe in the Virgin Mary. When I was so terribly ill in the summer of 2002, feeling so nauseous and so wasted from the chemo I could hardly lift my head, I used to sit on the porch and imagine myself hiding in Mary's sky blue veil. It comforted me immensely. And when in 2003 a doctor at Sloan told me that I absolutely had to have a stem cell transplant or I would die, and I refused, I spent a month praying to the Virgin Mary, around the clock. I would wake up in the middle of the night saying Hail Marys.

At the end of that month, all of my prayers were answered (more on that later.)

Anyway, having read the whole story, Peg knows about my beliefs. She knows that I think the Virgin is a symbol of the divine feminine force in the universe. A feminine force that ultimately will help to free Renata and me (more on me later!) Peg is not Catholic (but she is a feminist like me, we did our doctoral exams together and read many of the same books.)

Still, whenever I would talk to Peg about my fascination with the Virgin Mary, she would just laugh and laugh and laugh, that wonderful ringing laugh of hers.

"But Claud, you're Jewish," she would always say, getting a little hysterical.

"Well, the Virgin Mary was Jewish too," I would reply.

And so it went. Meanwhile, over the years, Peg would bring me some mighty fine Virgin gifts. My favorite is a plastic device shaped like a piece of toast, (called "Holy Toast.") Some Mary devotees claim to have seen the Good Lady's image in their morning toast. So with that in mind, some manufacturer of wacky plastic tchotchkes came up with this device, so that anyone can imprint a piece of breakfast toast very CLEARLY with Mary's image.

I was standing there with the beautiful Virgen tile in my hand, thinking, how strange was Peg's timing with this newest gift. I hadn't been writing Sister Mysteries for years, so how had she known to buy it for me right at this moment?

Legend has it that a simple peasant, Juan Diego, walking from his home village to Mexico City, first sited the Virgen on the famous Tepeyac hilltop -- a sacred site believed to have been a Pre-Columbian worship site for the indigenous mother Goddess Tonantzin. Even though it was December, Juan Diego found roses and other flowers blooming. According to Juan Diego's account, written originally in his native language Nahuatl, the young Virgin herself arranged the flowers in Diego's tilma, or cloak. It's a great story, and it involves roses as so many sightings of the Virgin do.

"So Peg how did you know to buy me this? As far as you knew, I'd given up writing the book a long, long time ago."

She shrugged. "I have no idea, all I know is that when I saw this tile in a little shop in Northampton the other day, I said, 'oops, gotta buy this for Claud.'"

OK, so some people will think this is crazy, but to me, this serendipitous event seems like a sign,  a sign that I am supposed to be writing this book. "It's time I get back to work on this book," I said.

"I'll say it's time," Peg laughed. "If this book were a child, Claud, it would be a teenager, it would be out getting its driver’s license.  It would be graduating  high school." She laughed hysterically.

I started laughing too. "But Peg," I responded, "it has been driving for years, IT HAS BEEN DRIVING ME CRAZY."

We laughed a little longer. And then Peg opened her laptop. "I have a lot to say about Sister Mysteries," she announced. "And I think we should record our conversation right now."

So we did. And if I can get Peg to send me the file as a download, I will post it here.

One thing is clear: Sister Mysteries wasn't meant to be a book. Not the paper kind that you can sit down and read from cover to cover.

This book is alive. It lives in the world of the internet. It lives inside me, and inside Peg, and hopefully, it will live inside other readers.

And even though I started it in 1995, it wasn't until the appropriate technology -- blogs, mp3 files, digital audio and video recordings -- emerged, that Antonie's crazy stories and Renata's diary came together, here on the internet. And it is only because of this miracle of modern technology that all of it can finally, be read now, here in Sister Mysteries, and in the nun story, Castenata, all for the first time.

Sister Mysteries is contained in a series of interconnected blogs, one of which, Castenata, is a story of a nun, Sister Renata, who in 1883 was falsely accused of murdering her cousin Antonie.
Posted by Claudia R at 4:10 AM